Window Nation prices range from $500 to $900 fully installed. Explore window costs and warranty info on their Georgetown, Grandview, UltraView, Envision, Fortis, Potomac, Imperial LS, BelleVue, and UltraVision series. Many, but not all, of the windows offered by Window Nation, are relabeled Vytex models. Actually, not even really relabeled -- most of the series names are exactly the same: the Vytex Georgetown, the Vytex Grandview, etc. And, in general, many of Vytex window models are considered quite good. I think my concern is always Window Nation's price points, which can tend to be more expensive than I would like to see (although I would probably make this case with the majority of window brands out there).

The Grandview series is more or less the Vytex Georgetown model with a few upgrades. The Georgetown is Vytex's lower end vinyl window and a step down from their Fortis and Potomac-hp. These later two models are the company's premium vinyl windows and, in my opinion, should be considered top tier windows (at the lower end of the top tier, but still top tier window series). The other models are often offshoots of Vytex or other brands that Window Nation relabels.

Window Nation has roughly 20 branches, most of them in the mid west, northeast, and southern states. The different branches offer different series so it's tough to say what will be available in every state. All in all, I like Window Nation -- as long as the price point makes sense. Please Note: this site is not associated with Window Nation.

Window Nation prices range from $500 to $900 fully installed. This is a big cost range and where your bid will fall on this price strum is a function of the model you choose, the upgrades you opt for, and the installation type you select. For instance, retort installation will be considerably less expensive than full frame installation. Compare Window Nation pricing to Soft-Lite window costs or Sunrise window pricing.

From least expensive to most expensive, consumers can expect the Window Nation pricing line up to go as follows: Georgetown, Grandview, UltraView, BelleVue Series, Envision, Paramount, Potomac, and UltraVision series. 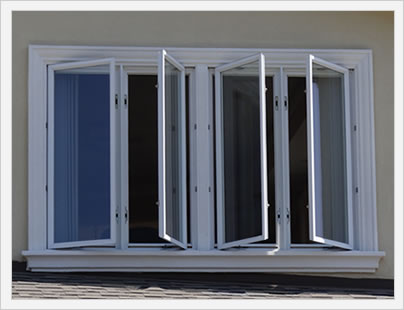 The Window Nation Georgetown is their "entry level" window. It is actually a relabeled Vytex Georgetown series, which is a drop down window for the company.

The Window Nation Fortis is one of a few premium series offered to consumers. Standard features on the WN Fortis window include a sloped sill, non metallic Duralite space, injected foam sash, and a mortised sill wall. The Fortis achives a U-rating of 0.26, .04 air infiltration, 0.53 visible transmittance, 0.29 SHGC, and design pressure of 50.

The Window Nation Imperial LS series is really the Soft-Lite Imperial LS. This window series is one of the best out there in my opinion, and comes standard with triple weather stripping, a non metallic Intercept Spacer, plus a kevlar-reinforced meeting rail. Ratings wise, homeowners can expect a .03 air infiltration, .34 visible transmittance, .19 U-factor, and .18 SHGC. A top performer to be sure.

The warranty offered from Window Nation will depend on the specific series you purchase, so do keep this in mind. All Window Nation warranties cover lifetime coverage for parts -- although repair, removal, and installation may not be covered. The warranties are transferrable, but the new owner has to activate their own warranty on the Window Nation website.

The bottom line with this company is that you need to read the specific warranty information for the window series you are buying. This is going to tell you what is covered, what isn't covered, and for how long.