Simonton Windows prices range from $300 and $900 fully installed. The company is well regarded for manufacturing solid products and delivering a high level of customer service. Their vinyl windows tend to be a bit wider then other manufacturers, which makes them a bit bulkier, but also helps them in their energy efficiency. Simonton is known for quality manufacturing, good vinyl extrusions, and clean corner weld lines.

Buying Simonton windows can be a bit confusing for consumers, as they often labeled their windows differently depending on the region of the country. For instance, their Reflections Series and Prism Series are basically the same window, however they are sold by different distributors in different parts of the country. The other downside to Simonton is that they tend to let any contractor sell their windows, which can have compromise the overall level of quality in terms of installation.

Have a question about your upcoming project? Shoot Jim an email and get the answers you are looking for.

The overall price range for vinyl windows is $300 and $900, this includes the window and the installation (along with incidental material costs incurred by the installers.) Simonton windows are, for the most part, right in the middle of the pack in terms of price. They offer a range of models, so obviously each window series they manufacture has a basic price point, from their entry level Simonton Asure Series all the way to their StormBreaker Plus hurricane impact window. See below for general price points on their specific models and series. 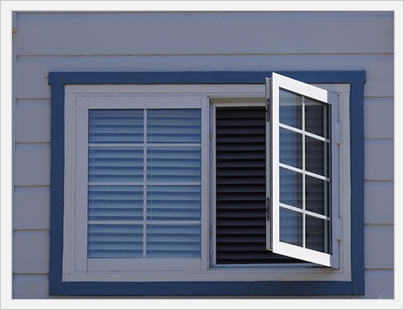 The ProFinish is a new construction vinyl window that can be ordered in one of three models; the Builder, Contractor and Master line. The Simonton ProFinish Series gets quite a bit of attention, thanks in large part to the Consumer Reports window ratings from 2014, in which the Contractor model received an 83 out of 100.

The Simonton 5050 Series is the original entry level vinyl series that is still available in some pockets, but is mostly phased out.

The Simonton Asure Series is their entry-level vinyl window which took over for the Simonton 5050 model back in the spring of 2012. Like many entry-level frames, the Asure is a thinner, more narrow version of some of the upgraded models.

The 5300 Series is the same window as the Simonton Prism Ultra Gold. This is their step up or mid range model in the Reflections and Prism Series and offers a slightly thicker and better made vinyl extrusion than on the Assure model.

Sharon, this doesn't sound unreasonable to me at all for this window, but then again I don't know the size, installation requirements, or any project details. I definitely think you should get 2 more bids to do some comparison shopping. This is honestly the best way to find the industry competitive cost for your windows.

The 5500 model is Simonton's high end Reflections Series and is also known as the Prism Platinum model. The 5500 Series comes with the super 366 glass option, double strength glass, their super spacer, and the same frame as is on the 5300 Series. Also see the Simonton Prism Platinum review.

The 9800 Series is another vinyl window from Simonton, which will offer slightly better performance numbers than the 5500 Series and looks better in terms of the frame and color options.

The Stormbreaker Plus is the actual hurricane impact window from Simonton - as opposed to the 9800 series that can be upgraded for this same purpose.

» More On Simonton StormBreaker Plus Reviews

The Madeira or Simonton 7500 Series, is a West Coast vinyl replacement window series that is sold through both Simonton distributors and through the big box stores. The Madeira vinyl window uses a slightly wider frame than many other replacement vinyl windows that gives it a more traditional or classic look.

The Daylight Max window, also called the Simonton 7300 window, is a west coast vinyl replacement windows that offer a more narrow frame than the 7500 or Madeira model. This allows more glass area and less less frame, although it comes with a price - less energy efficiency due to the reduction in the amount of vinyl frame.

The Verona window is a simple vinyl window that comes with standard features that includes a 3/4" insulating glass, Intercept spacer, rollformed screen with a fiberglass mesh, and double-strength glass.

Simonton offers a pretty darn good window warranty and it's definitely smart from a marketing perspective as well. They offer what they call a double lifetime limited warranty on all vinyl materials - mainframe and sash. This double lifetime warranty also applies to all of the components, screens and hardware. Double lifetime warranty means that if you sell your home, the next buyer gets the warranty for their lifetime as well (homeowners must notify the company of the transfer in writing).

The glass is covered for 20 years, although the portion covered by the company is at a prorated amount. Simonton offers different warranty terms for interior laminates, glass breakage, laminated glass, and applied coatings depending on the model you select. All of the windows carry some limitations and exclusions that we recommend buyers read before they purchase.

Do you have Simonton Windows Reviews to share with other online users? If so, we want to hear from you! Let us know your experience, good or bad, and let your voice be heard.

Questions about Simonton window prices, models, features, options, bids, repairs? Ask our site editors and get the answers you need to your most pressing questions.

What is difference in price and quality between Simonton Duration series and 9800 Impression Series? Thank you.

Carol I'm not quite sure what the Duration series is from Simonton. I know the Impressions series is one of their more expensive and better window series they carry. Of course, I can't give you any hard fast pricing because costs are based on size, competent, glass package, upgrades and much more. Get a few bids from different companies in your area — Simonton is everywhere so there will definitely be a dealer in your area.

I had a window guy come out for an estimate. We have 23 windows. He said they use Simonton. I told him I was after the mid grade level. He wrote up an estimate for the "Asure" model. It looks to me that the Assure is the entry level, not the mid grade. Am I correct? If so, what is the mid grade window?

Steve, you are correct that the Asure window is more of an entry level vinyl window than a mid grade. Simonton makes lots of windows so I'm going to give you some different models. Under the Reflections line, the 5300 series is the mid range model. On the East Coast, this is often called the Prism Gold model - same window.

The company makes an Impressions model that is a bit higher end but the 9800 model is a very good window. Through Home Depot, the company sells two models that I feel are pretty much middle of the road and this includes the VantagePointe and the Daylight Max. I think the VantagePoint might be a bit better in terms of performance than the Daylight, which uses a thinner frame.

Hopefully, I've given you enough models to go back to the rep and ask whether he carries any of these lines or models. Good luck!