Amerimax windows prices run $350 to $750 fully installed. The company is based out of Colorado and has good distribution throughout the West. Amerimax Windows manufactures 3 main window series; the Masters Grande, Craftsman Portrait and Aristocrat Casement (which also comes in an awning style.) You have to hand it to them in terms of their model names, the Amerimax Masters Grande is a lot more interesting than the Reliabilt 3900 Series.

Amerimax is a very solid mid range vinyl window manufacturer that offers a nice array of exterior color options. While this will add significantly to the cost of the window, it is a great option for consumers who want to liven up the look of their home or for those with HOA color requirements. The company offers a lifetime limited warranty on their products, including 20 years on all materials and labor.

Amerimax windows cost $350 to $750 fully installed. Amerimax vinyl windows are at the mid to slightly upper end of the vinyl windows cost range. The Masters Grande gets pretty solid performance numbers and is one of my picks for the best cheap replacement window.

The following Amerimax performance numbers are for the double hung in a low-e glass and argon fill for the first two windows. The last window model is for the casement option. 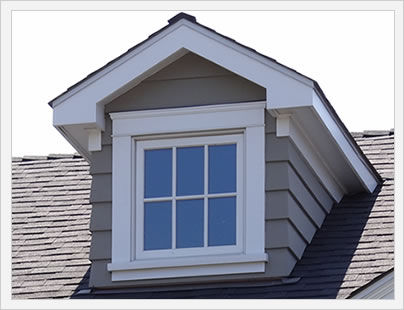 Amerimax offers a limited lifetime warranty on all of their vinyl windows, which includes a lifetime guarantee against material and manufacturing defects on the frame, sash, components, and hardware. Insulating glass units are is warranted for life not to "fail." The warranty is transferrable one time and the company must be notified in writing of the change within a 45 day period and requires a $75 charge for the transfer.

As with nearly all vinyl window warranties, there are a number of limitations, terms and exclusions that apply. We strongly urge all consumers to read the warranty in its entirety before buying.

Do you have Amerimax windows reviews that you would like to share with the online community? If so, please submit your views on specific products, customer service or your overall experience and we will post it on this page.

Questions or comments for our site editors, Jim and John? These guys have over 30 years of industry experience and can help you answer all of your questions on Amerimax Windows And Doors, as well as any other replacement window issues you may be experiencing.

Hello Jim, we are in the Phoenix area, replacing old aluminum frames with vinyl. The house partially has aluminum siding, but eventually going stucco all around.

6 windows, all sliders, and convert the master window to a patio slider.

I know Anlin has fiberglass and foam “filling” and I believe two separate glass thickness.

Amerimax has titanium oxide in their vinyl and claim their spacer is better to prevent Argon leaks.

Both appeared good. Not sure of the slider comparisons. And both have their own installers.

Which one? Any recommendations?

Rodger, the vinyl used to make nearly all quality brands is more or less the same, not an issue. So to with the spacers -- both of these companies use one of the three industry leading spacers. Just sales people's pitches.

At the end of the day, my own opinion is that the Anlin Del Mar window is the better window over the Amerimax Craftsman Portrait. Not by a ton, but by enough to say if they were the same price, then the Del Mar is the way to go. So the fact that the cash price is quite a bit lower makes the decision that much simpler. I'd go with the Anlin for the cash price (the price difference for cash is a bit odd to me, but that's their issue and not mine to discuss...)

This is assuming that their online reviews and reputation are good to great.

Dear Jim: last year you were a great help to me when I was replacing my windows in my Minnesota home. This year I would like some advise about my winter home in Arizona. I have a manufactured home and would like to have it stuccoed. I have talked to a contractor about replacing the windows before having it stuccoed.

The window he uses is MI. I see where that has a very poor rating. Can you please provide me with some advise as to a good window for a manufactured home in Arizona?

Judy, in Arizona the best window available is probably made by Anlin. Amerimax may be available, as well as Milgard and a high end Simonton series. For these first three, you can go with their mid range window series. This is where I would start if I were searching for a quality manufacturer in Arizona.

Jim, thank you for taking my question. I've acquired (4) estimates on replacing (12) windows in my 1999 stucco track home. I've narrowed it down to two contractors that both have excellent reputations for sales, install and follow up work. They both handle install in the same manner...replacement of old windows in their entirety, (frame and all), and *without* doing a full tear out which would necessitate major stucco repair. Both companies have been in business for a lengthy amount of years and have stellar reviews on the BBB and other review sites here in Phoenix.

My only dilemma now is to decide between the Analin Bayview and the Amerimax Craftsman windows. I need to make sure I'm comparing apples to apples. The Analin contract amounts to 10,549.00 and the Amerimax 11,700.00. Window sizes are as follows....

Given the Phoenix heat...does one of these brand windows stand out as the best option?? I won't mind paying for the more expensive wind w brand if the value is better.

Steve, the Amerimax Craftsman window is perhaps the better window over the Anlin Bayview, but not by much. These bids are pretty comparable to one another. It sounds like both contractors are giving you good pricing. I would probably pay the upgrade cost to the Amerimax if I was going to be in the home long term. If my timeline for moving were 10 years or less, I might go with the Anlin Bayview option. The bottom line is that either option sounds like it will serve you well. You're ahead of the game right there!

John, thank you so much for your reply! You have no idea how useful I find your reply as I started feeling like I had no easy way to compare the quality of these series of windows. For your reference in future questions that may come your way from folks in Phoenix...Analin is the window offered by the contractor here named DunRite and Amerimax is offered by Desert King. I discovered these companies come highly recommended...and there has been no pressure to buy. Only aggravating issue is that apparently Anlin restricts which contractors can sell certain series.

I would have preferred the DelMar based on lots of information I’ve read in your website. DunRite tells me they are not authorized sellers of that series. A shame...as I had a bid from the another reputable and well rated contractor for that series at 17,000.00. Just too much money to consider. I’m betting it would have been less expensive elsewhere but I’d like to get going on the project and it so interested in further estimates. I’m curious...would you have picked the Del Mar over the Amerimax?

Thank you once again. Your site provides an excellent resource and I’ve already passed it on to friends. Happy Thanksgiving.

Barry, thanks for the recommendation, we really appreciate it! So yes, the Del Mar is probably the better window over the Amerimax Craftsman Portrait. But I wouldn't have paid $17,000 for 12 windows. That's just too much money, not worth it.

I do think it's bizarre that companies sell one line or the other, but not the whole fleet of windows from a company like Anlin. I'm sure this is done for the purpose of selling more windows, but it doesn't strike me as in the best interest of consumers.

Best of luck on your upcoming project!